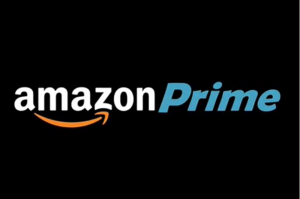 The way I began using Amazon Prime streaming is with my AppleTV which is connected to my home theater system . It is a simple four-step process:

I was so delighted with having access to thousands of Amazon Prime movies that I decided it would be worth upgrading to a larger, 55″ flat-screen Samsung Smart TV. I chose the Samsung because it supports Amazon Prime Instant Video, meaning I would be able to completely by-pass the AppleTV and play movies right from the TV. Sounds great, right? Not so fast.

Beginning a move on Amazon Prime or a video on YouTube with the new television was easy to do. The only problem was that after a few minutes of playing, my television viewing would randomly be interrupted with, an insufficient bandwidth message. This was very puzzling to me since my WiFi connection icon showed that I had a very good signal. Also, why was I not having the same problem when viewing Amazon video over my AppleTV connection? After much googling and research I finally came to the inevitable conclusion that WiFi is a very unreliable way to stream video. For whatever reason, the AppleTV’s wifi device was more reliable than the new television. As I thought of it, I remembered that the AppleTV has never been perfect either when streaming digital music. I often get errors, time-outs and other random problems. I was convinced that if both my AppleTV and SmartTV had wired Ethernet connections then all of these streaming problems would be solved.I thought of how expensive it might be to get a cable installer to come to the home and put a couple of line drops in my house when I suddenly remembered something. I solved the very same problem with my son’s computer by adding a couple of POE (Power over Ethernet) adapters.

Ethernet over the power lines in my home proved to be the perfect, 100%-reliable solution for my son’s WiFi issues with his PC up in his room. A couple of years ago I bought the Netgear Powerline 500 product: I attached one to my router and the other one to his wall jack near his PC. An RJ45 Ethernet cable plugs from his PC to the power adapter in the wall. I checked with Amazon and saw that I could buy an additional two adapters for just $28.00. Two days later, I received them with my Amazon Prime membership and was attaching them to my equipment. I attached one of them to my television’s Ethernet connection and the other one to the AppleTV. Problem solved. I have been enjoying Amazon Prime streaming without a hitch. After a dozen or more movies, I have not had that rude Insufficient Bandwidth message one single time.  I will also add that my AppleTV has been working flawlessly streaming music and other video programs.

For $28.00, Ethernet over the power lines in your home completely eliminates the need to pay for expensive network cabling installation drops. According to the performance reports, this method is still not as fast as a wired connection, but it has been a 100% reliable alternative for me. I have never had such a trouble-free experience with the annoying AppleTV WiFI issues and I have been enjoying Amazon Prime Streaming far more than I ever thought I would.

Rate how well this solution worked for you